Airpods are Apple’s Best Product Since the iPad 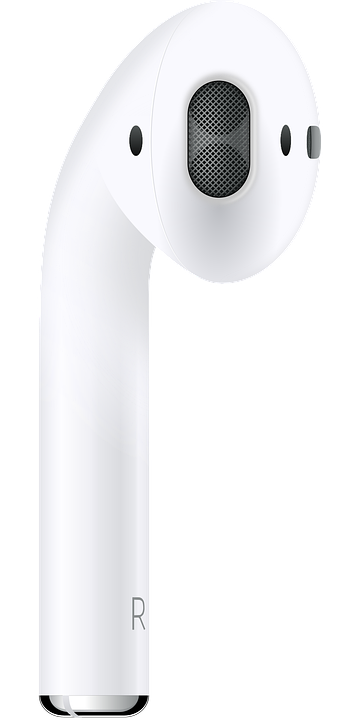 To say Apple’s product launches since the iPad have been underwhelming to Apple fans would be an understatement.

Apple Watch: everyone I know bought one, almost no one I know wears one. It’s confusing and not very useful.

Siri: after a four-year lead, Apple’s most fascinating service has been embarrassed by the prowess and ubiquity of Amazon’s Alexa -- which is finding its way into TVs and washing machines!

Macbook Pro: After taking years to upgrade the standard laptop for developers and creatives, Apple released an underpowered and overpriced computer with all the important ports removed, creating a healthy market for used Macbook Pros.

Let those three missteps sink in for a moment.

Apple’s products used to be drool-worthy by default, now consumers expect to be let down by Tim Cook. In the words of POTUS… SAD!

The iPhone 7 Plus was an OK release, with its exceptional camera and underwater functionality making up for an otherwise “meh” update.

Despite all this, Apple is still a money-printing machine, leading folks like Warren Buffett to load up on it while the pundits wonder if Apple is losing its product edge.

Their one notable exception is Airpods, the most gloriously elegant, addicting and game-changing product that Apple has produced since the iPad.

Airpods are wireless headphones that look like hearing aids with a tiny stem attached to them. You look like an idiot wearing them right now, primarily because they only come in bright white, not in an array of darker colors that would make them elegantly disappear.

These tiny wonders are designed to work instantly, as opposed to every other experience you’ve had with bluetooth devices, which constantly fail to connect or lose their connection so often that you ultimately stop using them.

Here are the nine brilliant features of Airpods I love:

1. When you tap the case to your iPhone for the first time, they connect with a square box that pops up on your phone. You don’t need to go to Settings > Bluetooth and connect.

2. When you open the Tic Tac-sized box it tells you the battery life of each pod as well as the case itself.

3. The case charges the pods, which is brilliant.

4. When you put the pods in your ears they automatically turn on -- brilliant!

5. When you double tap on the side of the pods, they will either activate Siri or play/pause your audio (it’s your choice).

6. You can use both of them or just one at a time, depending on your preference.

7. They work brilliantly for calls thanks to noise canceling and their dual mic setup.

8. They don’t fall out (at least for me and the majority of users).

9. Airpods sync with all the devices on your iCloud, so theoretically they will pair with your iPad and Macbook or iMac automatically -- this didn’t happen with my laptop for some reason. I had to manually pair them, which worked fine.

When you put together this entire experience, it’s so delightful that you actually find yourself wanting to consume more audio and make more phone calls.

The apex of product design is when it is so delightful that it drives more usage.

It’s a similar phenomenon we see when people who buy a Tesla immediately start road-tripping to SuperCharger stations because the act of driving a Tesla and not paying for gas is so darn delightful!


AIRPODS ARE THE NEW SMARTPHONE

The big picture, however, is not that Airpods are the best way to consume podcasts and make phone calls, but what will happen in two years when the box they come in has a 4G connection and a processor, and you can leave your phone at home but still make phone calls, call an Uber or search the web.

If Apple can get someone competent to run Siri, you can imagine a future in which you leave for work and pop your Airpods on, leave your iPhone at home and do things like this during your commute:

1. Hey Siri, make a reservation for four at a great sushi bar in San Francisco for 7:30PM tonight, confirm with me which place you select and then email invites to Joe, Susan and Vanessa from work.

2. Hey Siri, play the latest episode of Bill Simmons’ podcast at 1.35x speed, but fast forward through the commercials.

3. Hey Siri, set Waze to take me to my office on the 280 unless it’s seven minutes more than the 101 and set my Tesla to 84 miles per hour, but slow down to 72 miles per hour if Waze reports the police are ahead.

4. Hey Siri, read me my iMessages starting with the people I text the most.

5. Hey Siri, send my wife a message that I will be home at six o’clock to put the kids to bed and send her my ETA every 10 minutes after I leave work.

6. Hey Siri, order more coffee for me on Amazon.

8. Hey Siri, please move my lunch back 30 minutes and confirm with all guests.

9. Imagine someone walks up to you speaking Japanese, and it’s automatically translated for you.

All of this would occur without ever having a phone with you or having to take your eyes off the road. As you can see from the examples above, these are all second- and third-generation style requests, those that require some “if thens” and include some conditions (i.e., if Waze sees the cops!).

We are three to five years away from Siri and Alexa being able to parse these type of requests. Whoever can do complex instruction sets by voice and across apps and connected devices (i.e., my Tesla and Waze) will be a huge winner in the post-smartphone era.

In this example you would have a total of two ounces of computer on you.

Clearly Apple will launch AR -- augmented reality -- glasses in the next year. Tim Cook has professed his love for it and Robert Scoble, who is often right about such things, has been talking about this incessantly.

Apple’s bought a couple of companies, including Metaio, FaceShift, and PrimeSense, that would lead one to believe that Apple Glasses are a lock -- but you never know with Apple. The physical TV and the car seemed well on their way to Apple Stores before Tim Cook pivoted those projects.

Imagine a future where as you run the series of commands I mention above all of my examples were overlaid onto your view of the world.

All of this will make the smartphone obsolete.

Not in our generation, but certainly for our kids.

Why on Earth would you crane your neck into a tiny screen and carry a brick with you? It makes no sense to do this when you have a more elegant solution, which includes projecting data and interfaces on to the real world with Apple Glasses and interacting via the Apple Airpods.

You can add a watch if you want to the mix, but candidly, why would you care to look at your wrist for notifications or the time until your Uber arrives when it could be projected into your eye already?

All of this requires Apple to fix the disastrously closed and deformed Siri, which is the linchpin of this vision.

Airpods will be easy for Amazon and Google to knock off, and with Alexa and Google assistant being far better than Siri, I’m guessing we will see them both release similar products in the market in 12-18 months.

Airpods represent a fascinating tool to mess with our reality by re-mixing our base reality with digital audio. Imagine having Siri lower, or eventually remove completely, the sound of cars while increasing the clarity of human voices around you. Walking down the avenue with a friend would become as quiet as talking in bed in the middle of the night.

Imagine looking at a specific person in a crowd and having their conversation from across the room amplified while everything else is muted.

Or perhaps while you’re walking down the deserted beach you could add playful dolphins squealing and splashing next to you, with their bodies and the splashes they create being added to your augmented world with video and audio.

Heck, why not turn your mountain hike into a time-travel adventure back in the Jurassic age?

You’re going to shocked by this, but Apple Airpods are way too expensive at $159. They really need to be $50 or $75, but Apple knows their fans love to give them their money so don’t expect these to drop to $50 with an Apple logo. But it’s obvious that Google and Amazon will make $50-100 versions, as I mentioned above, in the coming years.

Oh yeah, you’re going to lose these things, just like you do phone chargers. And it will suck because, well, they're really expensive.

Don’t be surprised when we eventually start embedding this technology directly into our bodies. Having implants inside your ears that gave you these features, as well as contact lenses as the new screen sounds like science fiction -- but are we really that far off?

What a time to be alive.

We live in the future!


PS - I shared this newsletter with members of jasonstxtlist.com last week and got some amazing feedback before publishing. Jason’s txt list is a little tool I built that lets you sign up for SMS messages from me. 1,400+ folks have signed up, only 30 people have unsubscribed and I’m using it as a “private twitter” of sorts. Not sure where I’m going with it, but it’s been fun.

PPS - Founder University is taking place on April 3-4 in San Francisco. It’s a free, two-day course for founders who are looking to sharpen their game. We are going to live stream it by invite only, so if you want to watch the class live visit http://founder.university (yeah, they have a .university domain name now, cool).

PPPS - The Angel Summit is almost sold out. Forty angels & VCs talk about what they are investing in and why for 15-20 minutes each. Two tracks with lunch and an “Angel Dinner.” Sign up at http://launchfestival.com/angel-summit. Use the promo code JCAL10 for 10% off.

PPPPS - I just finished my book on angel investing. It’s coming out on July 18th. I’m looking to do a book tour where we do readings/meetups around the country. If you think you can get 100 people/books sold, email [email protected] who is setting up the stops on the tour.

PPPPPS - I have no idea how to market my book. If you have ideas hit reply and tell me. Curious what you think will move books. I would like to make my publisher Harper Business really happy so I can write a second book! I really did enjoy writing this one.